Vapes, What you Need to Know 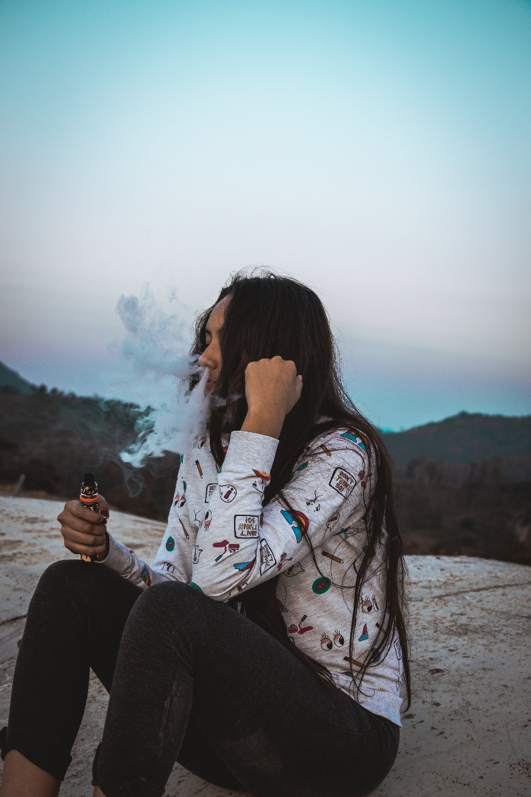 The Center for Disease Control is investigating 450 cases of lung disease thought to be associated with vaping.

You may have heard a lot about the dangers of vaping in the news recently. It’s listed as a health crisis in the US and many folks, especially younger people, are affected with serious respiratory illnesses due to vaping. These illnesses have been characterized by acute respiratory distress and even death.

Vaping is the inhalation of vapors produced by ignited processed oils containing cannabis, cbd, tobacco or other substances. A pen-like device that can come in many different designs contains an internal ignition that vaporizes a pre-made oil which produces a steam-type inhalant.

These devices can be purchased online, in dispensaries and in vape shops that focus on flavored tobacco products. Of recent concern is that the nicotine vape flavors -- think bubble gum and grape -- are marketed to kids and very young consumers. Teens and young adults in their early 20s have presented to emergency departments across the country with shortness of breath, vomiting, fever and have even been placed on ventilators.

Vaping is actually a common way to consume CBD. Some prefer this method since the positive effects have been reported to be quicker than other methods of consumption such as CBD-infused edibles or drinks. Cannabis and CBD products have realized a huge increase in availability, especially online. While these products are readily available, some of these items may not meet the stringent regulatory checks and balances such as third-party laboratory testing and labeling that legal dispensaries are required to procure for all of their products.

There are a few risks you should know about vaping CBD. First, cannabis plants are coated with an oily substance called cuticle wax. This substance can collect in the lungs and cause respiratory issues. Look for CBD vape products that have undergone a process called winterization that removes the waxy substance. Next, thinning agents are often used in CBD vape cartridges. Two commonly-used agents are propylene glycol (PG) and polyethylene glycol (PEG) are toxic. Try to stick with high-quality vape cartridges that have been third-party tested. Finally, be sure to use a high-quality pen that has an adjustable temperature. It will cost you a little more, but the ability to set your pen at the lowest temperature setting could make for a smoother session as well as minimize the breakdown of thinning agents into carcinogenic aldehydes.

So, what are the top-level things you need to know about vaping? Since there isn’t a lot that’s currently known about modern vaping, health investigators are trying to determine whether unknown toxins or substances are added in vaping products or if some people reused cartridges containing contaminants, or whether the risk stems from a broader behavior like excessive vaping use. Here are three essentials to keep you informed about vaping:

Health officials warn consumers against buying vapes on the black market or modifying products themselves. Many counterfeits vapes are available so it’s important to purchase from a reliable source or dispensary. However, officials state it can be unclear whether the actual vape battery is defective or contaminated or was if something was added to the liquid used to vape after it was purchased.

Added Vitamin E could be a culprit

Investigations have been focused on vitamin E acetate after high levels of it in were found in nearly all of the cannabis-containing vapes tested. But other substances could be culprits as well. The CDC is running its own tests on more than 100 samples for vitamin E, pesticides, opioids, poisons and other toxins.

Most patients affected are young and otherwise healthy

Many of the patients nationwide are young and otherwise healthy. Patients examined in Illinois and Wisconsin have a median age of 19, and in North Carolina, patients were adults 35 and younger; in New York, the youngest patient is 15.